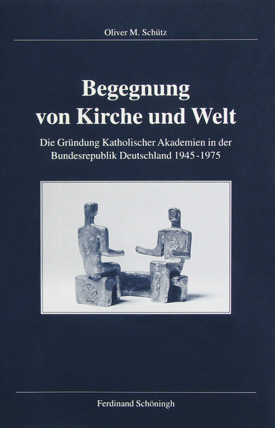 The spiritual regeneration of German Catholicism after the Second World War is epitomized by the history of the Catholic Academies. Their establishment must rank among the most unexpected, risk-filled, and hopeful steps taken by the Church in those years. The Catholic Academies not only shaped the many thousands of people who attended their functions, they also exercised considerable influence on the development of the Church as a whole and underlined its importance in society.

The author provides the first complete historical account of all 22 academies established in the Federal Republic of Germany between 1945 and 1975. Beginning with the foundation of the individual institutions, Oliver Schütz traces the growth of the academy idea in German Catholicism. He also illuminates the importance of these institutions for the Second Vatican Council. Finally, his study reveals the dynamic part the academies played in Catholicism's post-war reorganization.